Covid 19 : 14 months before Fall 2021 starts, what should I do as a prospective graduate student?

14 Months Before Fall 2021 Starts, What Should I Do As a Prospective Graduate Student? 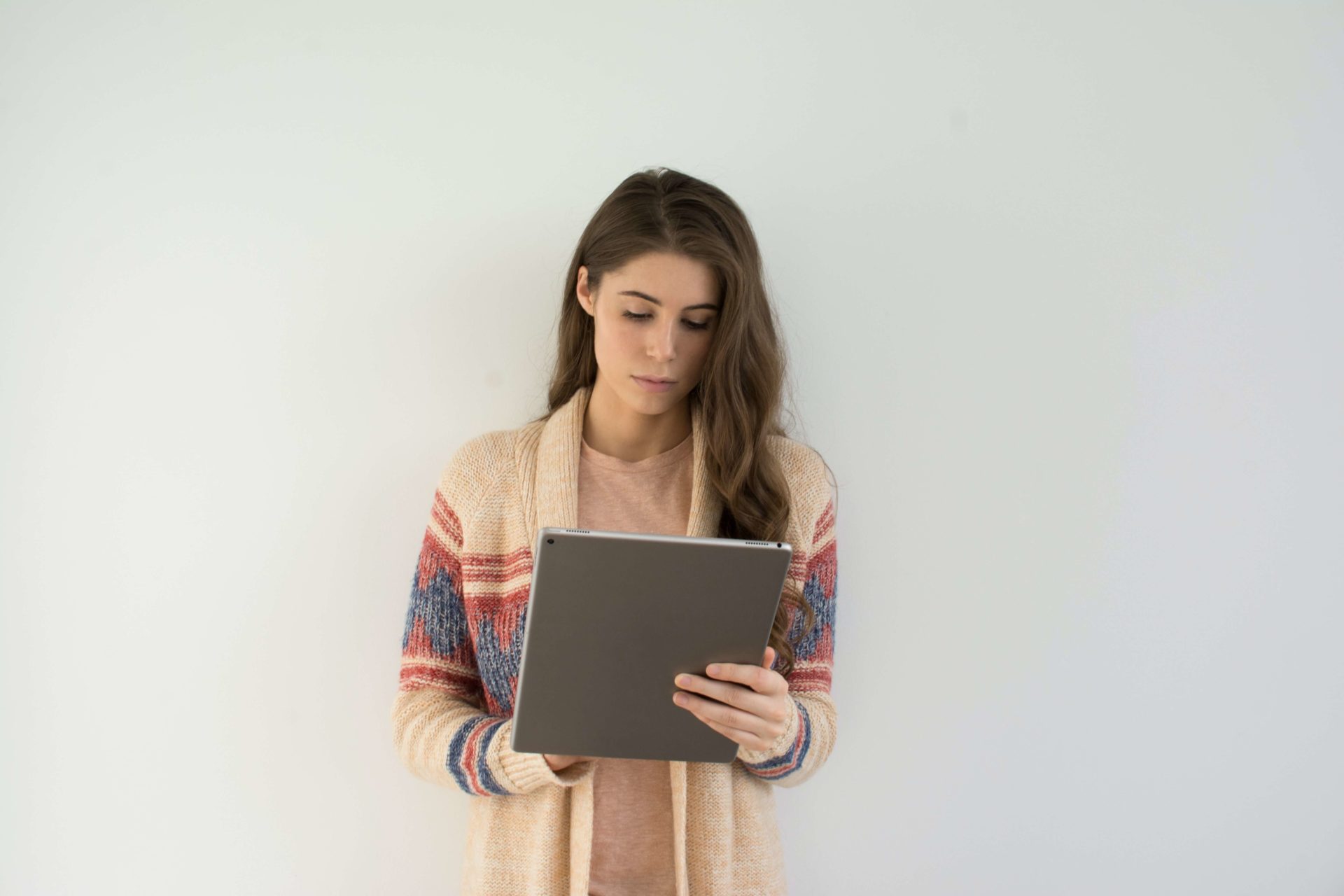 We keep getting several questions from students interested in applying for Fall 2021 about Fall 2021 preparation and trying to navigate the Covid crisis. Countries across the world have started opening up in a phased manner. They have realized that with Covid 19, the approach has to be to open up their economies with social distancing norms and controls in place.

As the risk of hospitalization is more in older people (60+) with other pre-existing chronic conditions like diabetes, heart disease etc, they are trying to ensure safety of their elderly population while allowing younger people back to work.

The initial shutdowns were essential as it allowed their health-systems to not get overwhelmed and ramp-up to tackle incoming patients. As doctors and hospitals across the world treat more patients, they are also getting a better idea of what combination of medication(s) is working better.

Recently, we have seen positive news several fronts including : 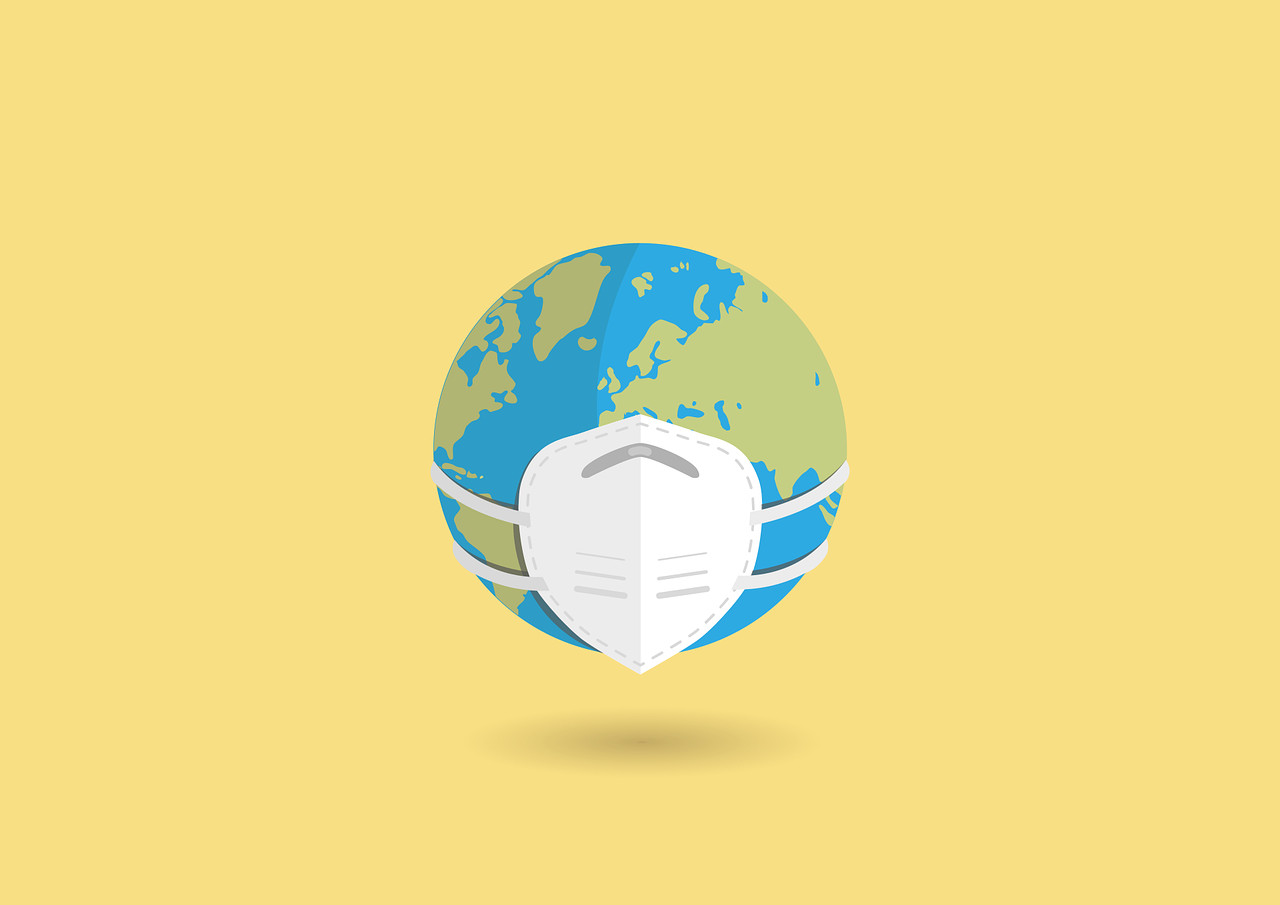 As mentioned in our earlier article, we believe that students should still continue applying for Fall 2021 and keep their options open. They have over 14 months till semester starts and progress is being made across the world in both enforcing strict social distancing measures and treating the virus.

Below we outline details of recent positive developments in both treatment of Covid 19 as well as gradual opening and assistance of affected economies. Some of the countries mentioned below (USA, Germany and Canada) are ones which a lot of Fall 2021 students will be considering for application to MS/Phd programs.

To decide your next steps, consider the facts below first. What you need to know:

1. US firms & FDA continuously making progress with a vaccine and a treatment

2. Record economic stimulus by US, Canada, Germany and UK

3. US states and Germany ‘opening up’ in a deliberate, phased manner 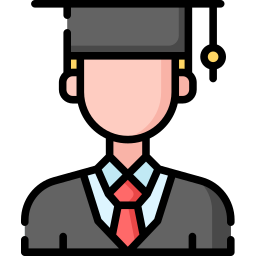 US based biotechnology firm Moderna Inc announced that their Phase 1 clinical trial for a vaccine for Corona Virus reported positive results. When a vaccine is being developed, it goes through multiple phases of clinical trials. Phase I clinical trials are small-scale trials to assess whether the vaccine is safe in humans and what immune response it evokes. Eight people that were measured with the potential vaccine developed antibodies at levels that were greater or equal to the levels found in patients who have naturally recovered from Covid.

Phase 1 is only the first step and this will be followed by Phase 2, Phase 3 and Phase 4 rounds of clinical trials. There is a risk of failure along the way in subsequent trials, but Phase 1 success was still a big positive and the US stock market reacted very positively to this result.

Dr. Tal Zaks, Moderna’s chief medical officer had quoted to CNN that if future studies go well, the company’s vaccine could be available to the public as early as January 2021.

Moderna is just one of the 100 companies across the world that is trying to develop a vaccine for the virus. As per the WHO, there are 8 developers (including Moderna) who are doing human clinical trials against the Corona Virus.

For Fall 2021 students, news around the success of the Phase 1 clinical trial is a positive. Significant efforts  are being made across the world by multiple companies to develop a vaccine. As Fall 2021 students having over 14 months till the intake starts, we feel hopeful that there will be significant progress around the vaccine by then.

On May 1st, the US FDA which is the regulatory body for the pharmaceutical and medical device industry in the US approved emergency use of antiviral drug Remdesivir made by Gilead Life Sciences. This is called an EUA.

Now why is this important? The US FDA is one of the most stringent and strict regulatory bodies in the world. To get an EUA from the US FDA requires information and data to be supplied to the US FDA on clinical results from the usage of the drug among patients. The FDA then evaluates the available evidence and carefully balances any known or potential risks of any unproven products with any known or potential benefits of making them available during the emergency.

The US FDA approved the emergency use of Remdesivir after the National Institutes of Health’s clinical trials showed promising results. The drug was used on 1063 people across locations in the USA, Europe and Asia. Patients who received Remdesivir recovered 30% faster than those on a placebo. Anthony Fauci, the top US epidemologist had stated that, “The data shows that Remdesivir has a clear-cut, significant, positive effect in diminishing the time to recovery.”

The approval by the US FDA for emergency use of Remdesivir indicates that as more patients are treated, clinical data is showing certain existing drugs that can be used to treat patients based on their symptoms.

This has happened within 2 months of the emergence of Covid 19. Fall 2021 students can be hopeful that by the time their semester starts, doctors around the world should get much better at understanding and treating patients based on their symptoms.

2. Record economic stimulus by US, Canada, Germany and UK

A stimulus package is important to kick-start the economy. Individuals and businesses get money from the government to pay salaries and spend on day to day needs as their businesses have been affected by the Coronavirus. The larger the stimulus package, the more likely that the economy and country will be able to deal with the impact of Covid and re-bound faster. 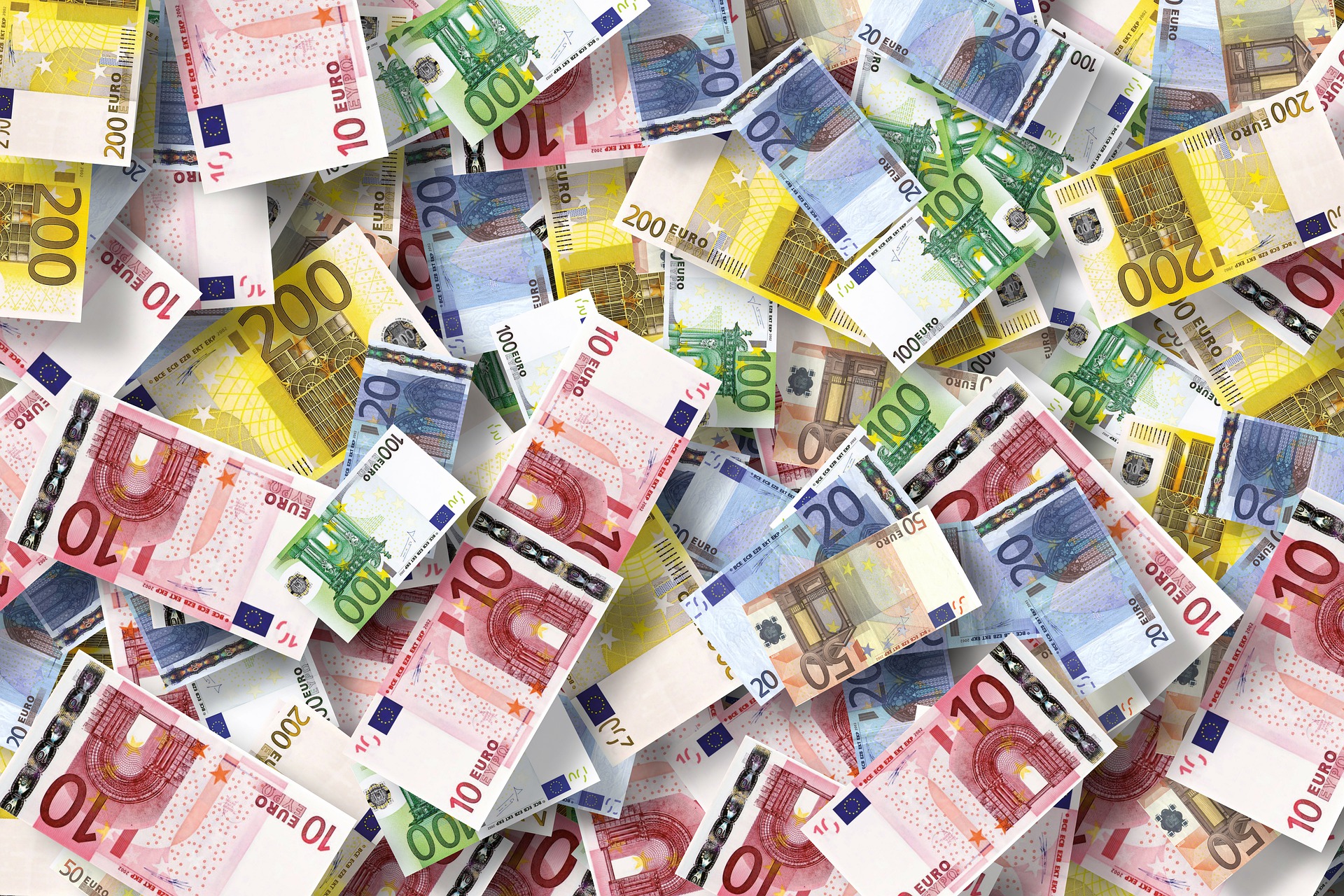 USA, Canada and Germany are very popular choices among students for pursuing their MS and Phd degrees. The fact that all these 3 countries have announced big stimulus packages means that they are taking the necessary economic steps to get the economy back on track as soon as possible. The US has announced the largest package as it is also the largest economy.

3. US States and Germany to open up in a deliberate, phased manner

As of May 20th, every state has started gradually lifting the restrictions on businesses operating and public spaces. While the restrictions vary by state, we are providing a snapshot of some of the states in the table below.

New York which was the worst affected state and gradually is also showing gradual signs of progress. Three regions of New York State have started reopening from May 12th as they have shown a 14-day decline in COVID-19 cases, as recommended in federal Centers for Disease Control.

The US is the world’s largest economy and was hit pretty badly by the Corona Virus. The fact that every single state in the US has gradually started easing restrictions in May implies that better controls are in place compared to March when the pandemic first hit. They have also significantly scaled up testing as compared to early March which allows for early detection.

A lot of states shown above have universities which are popular choices for students. As you can see, they have started opening up businesses in phases in May 2020 which is a good sign. New York, the worst affected state has also opened up three regions as the cases trend down over a 14 day period.

The US is the #1 choice for students applying for graduate studies as the maximum number of good universities and jobs are in the US. With the states gradually easing restrictions, we expect that they will completely open up over the next couple of months with social distancing norms in place.

For Fall 2021 students with a lot of time left to begin their graduate studies, we believe that the states starting to open up is positive news. A combination of the large economic package and the states gradually opening up should help the US recover quickly.

Germany which was one of the first European countries to shut down early has started re-opening in phases. The German Chancellor Angela Merkel as reported by an article in the New York times stated that infection numbers were not just stable but were actually lower from two weeks ago. As the measures that Germany is taking seem to be working, they have now started to re-open most aspects of the economy.

Volkwagen has reopened its plant in Germany which is one of the largest plants in the world. They have done so with strict measures in place to ensure safety of workers. As the automobile industry employs more than 14 million in Europe, the Volkswagen plant opening up is very positive news for those currently working or planning to work in the future in the automobile industry. 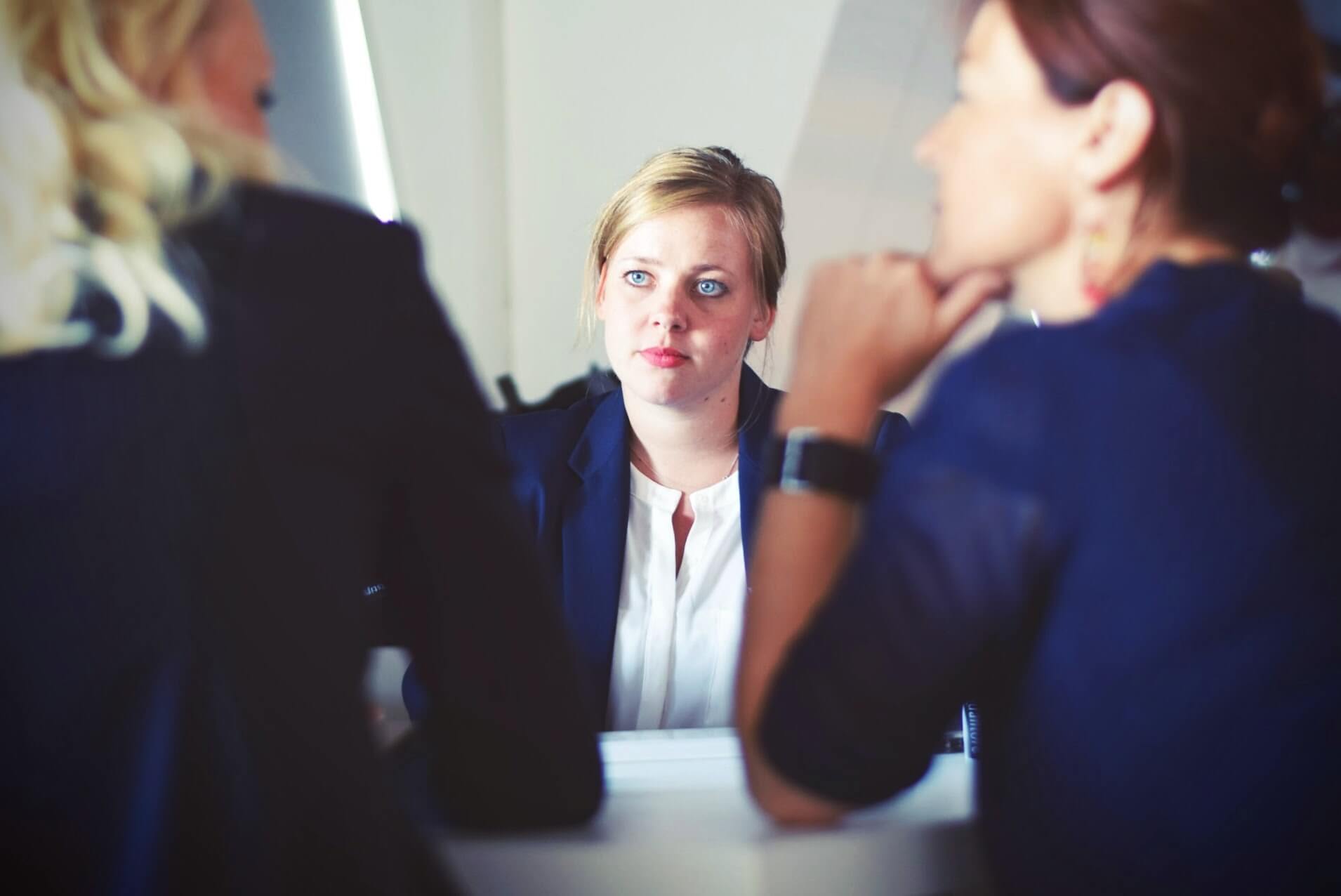 As a large number of students (especially those interested in automobile engineering) look to go to Germany to study, the re-opening of Germany and industries in a phased manner  is a positive sign for students applying to Fall 2021. The Volkswagen plant opening up with process controls in place to ensure the safety of their employees is a good sign for automotive manufacturers across Europe.

For Fall 2021 students, all of the above news is important. It indicates that with 14 months to go to start till Fall 2021 (August/September 2021) that the world will be significantly much better equipped to deal with Covid 19.

With application deadlines for scholarships starting in early November /December 2020, it is important that Fall 2021 students stay on the course to apply for their MS and Phd programs.

In countries like India, where colleges have shut down, exams may get postponed to later in the year (example September) or universities/colleges might try to make up for the lost time with extra class hours once they’re open. 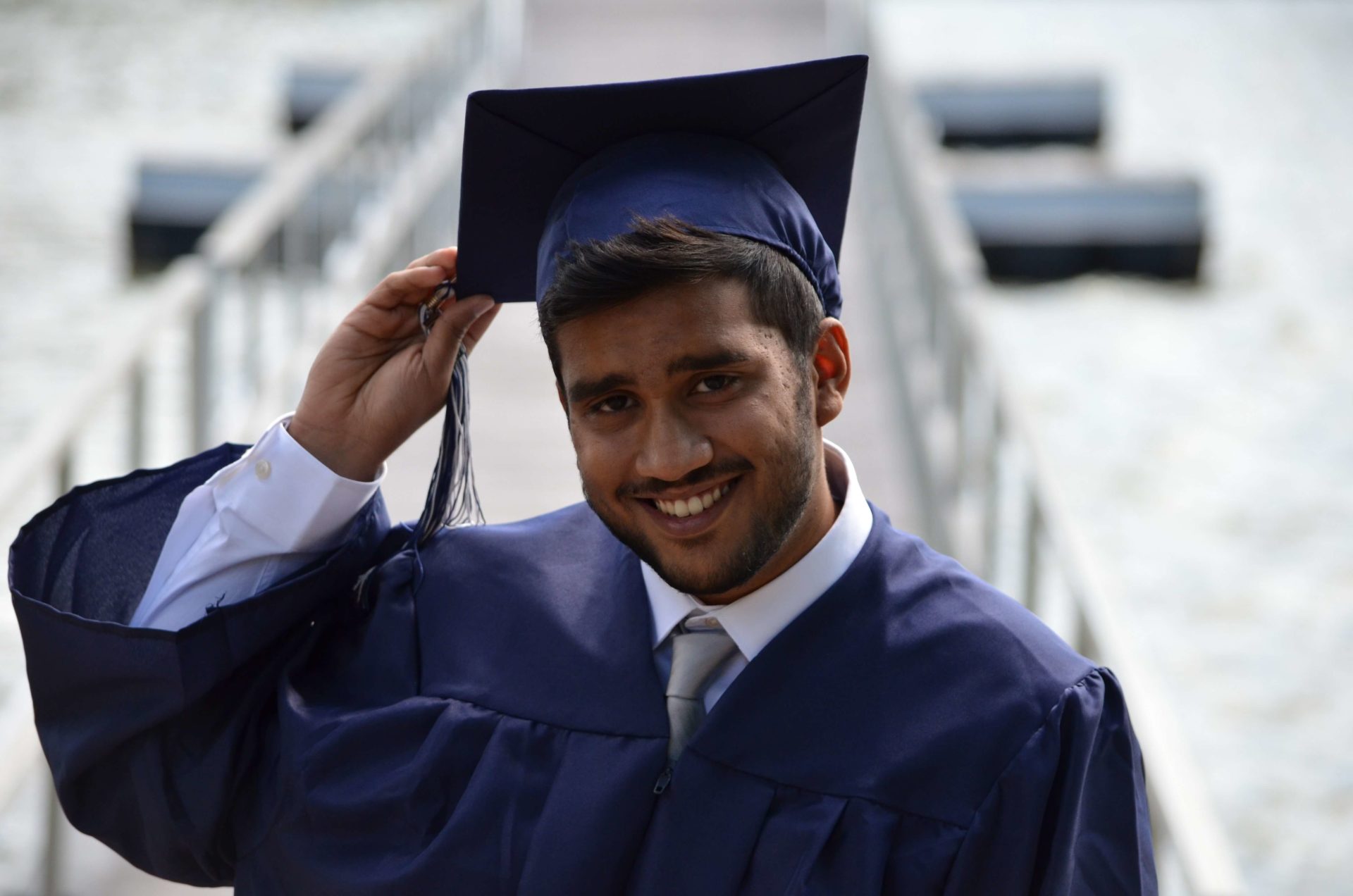 WIth application deadlines in early November/ December 2020 and an increased workload expected after colleges reopen, we recommend the below :

Fall 2021 is 14 months away but the world has already made significant progress against handling of Covid 19 in the last 2 months. You can always defer your admit if you decide not to go for some reason but keep your options open and continue to apply. The key to getting scholarships is to start early on your test prep preparation and documentation so that you are putting in the best possible application.

Liked the article ” COVID 19 : Fall 2021 Preparation | What to do as a prospective student”? Comment your opinions down below!

Confused about how to prepare for the 2020-2021 admissions abroad during this time? Get a customized action plan!